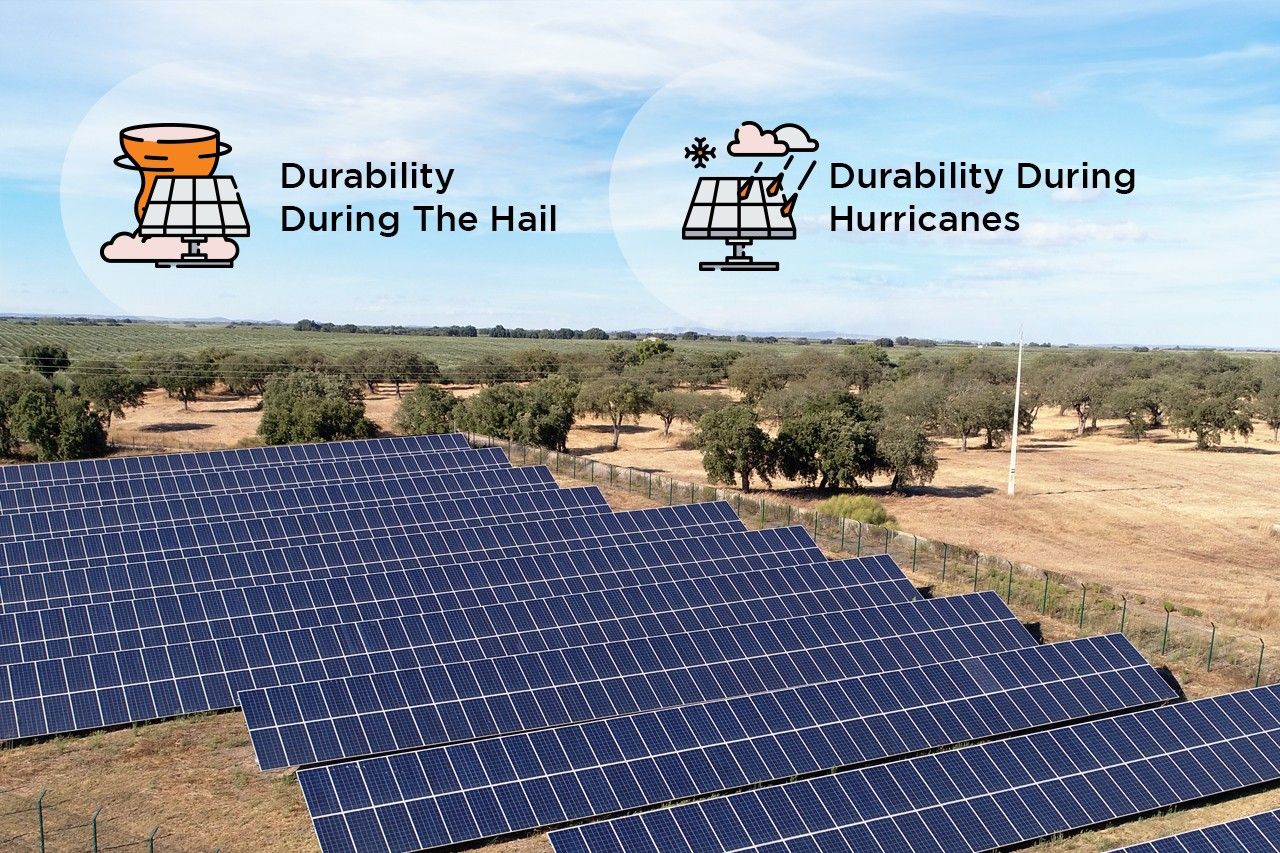 Solar panel technology is becoming popular as several homeowners are beginning to consider installing it on their rooftops. Companies are also making use of the concentrated solar power option to power their plants and equipment. However, some individuals and organizations are still worried about solar panels’ durability, especially during extremes of weather. This is why we will be considering how well solar panels can stand a chance during hail and hurricanes.

Before discussing these stormy weather conditions, it is essential to note that solar panels are highly durable, and they can withstand harsh weather conditions. Out of the 50,000 solar energy systems installed between 2009 and 2013, the National Renewable Energy Laboratory (NREL) recorded only 0.1% damage to the PV system in all locations. This is a pointer to the fact that solar panel technology is a good option when compared to the other energy sources.

Solar Panel’s Durability During The Hail

A couple of years back, NREL’s main campus was hit by a severe hailstorm that was strong enough to destroy the windows on cars and leave some dents on different vehicles. However, of all the 3000 panels installed within this campus, only one was reported to be affected by this hailstorm. This means that solar panels can withstand high impact from hailstorm hits.

Most solar panels are tested and reported to withstand hail up to 25mm, falling at 23m/s. This hail is powerful enough to destroy several properties and even open some rooftops. However, solar panel technology can withstand this, hence causing enough protection for the home’s energy system and reducing the cost associated with the repair.

Heavy rains and high wind volume can cause the dislodgement and damage or anything installed properties, including solar panels. However, most manufacturers often say that their solar panels can withstand winds that are as high as 140 miles per hour. This is possible not only because of the solar panel’s durability but also because of its design. The aluminum and glass casings make it highly waterproof and difficult to dislodge during heavy wind or rain.

One proof that solar panels can withstand hurricanes was evident during Hurricane Sandy. New Jersey, the home one of several solar panels, was hit hard during this hurricane. However, only a few damages were found on the solar panels after the hurricane subsided. Most installers will report that the entire panels do not necessarily get damaged but become hard to repair with the metal casings covering them being severely damaged during a flood.

The reports explained above is a pointer to the fact that solar panels can withstand the extremes of temperature. Hence, as homeowners, there should be little or nothing to fear when considering changing your energy source to photovoltaics because you can be assured of its durability.

However, it is also important to point out that you need to get the best installer to help in the process. Certified installers will provide all the equipment needed to keep the solar panels in place, such that they can remain functional during and after inclement weather conditions.